Back in late 1988, Michael Jackson released his album, Bad. I was student teaching 7th grade in Arroyo Grande, CA at the time, and decided to create a unit about taking personal responsibility for making the world around them better. Jackson was near the height of his popularity, so I used his song, “Man in the Mirror” as my central theme.  Of course, the internet didn’t exist, and even MTV was so new that it actually played music videos, but Jackson being who he was, every student knew the song. I recorded the song from the radio for reference and as a class we decoded the lyrics and analyzed them (I was cutting edge even then!) We created “mirrors” of tinfoil and constructed paper frames, writing poems on the silver about personal change. We discussed current events: the Cold War just ending, human rights issues in the Soviet Union,  uncertainty over China’s policies, economic challenges in the US, drugs, drought, and increasing Anti-Semitism. The bulletin board reflected light from the foil, while the students reflected for a moment the power of attitude. I discovered the role of relevance in the classroom.

Skip ahead a whole bunch of years, and #walkmyworld again considers self reflection, addressing the man in the mirror. Looking back at the headlines from 1988 and comparing them to headlines in 2015, and the stories are largely the same: wars and rumors of wars, human rights issues around the world, uncertainty over foreign policies, economic challenges, drugs, drought, and a rise in violence in the Middle East, a symbol of increasing (again) anti-Semitism. The old aphorism, “the more things change, the more they stay the same” sings true. In his poem, “Two Fusiliers,” Robert Graves wonders, “And have we done with War at last?”  The 2014 movie American Sniper was a huge box office success that told the story of the bond between war veterans because of the “wet bond of blood” they share. We have not done with war, as Graves had hoped. If anything, war is a constant in the 21st century. 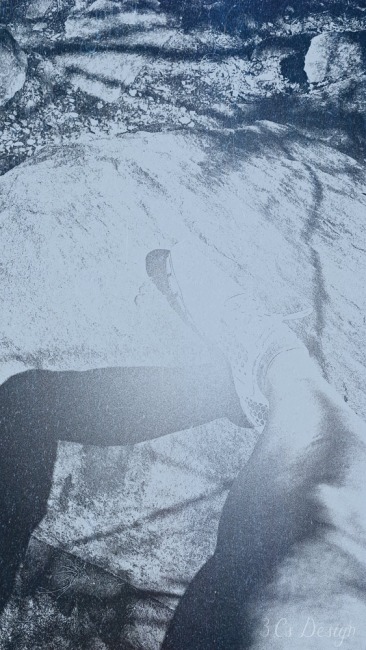 Putting my foot down for personal change.

So this brings me to the reflection of this week. Jackson’s song is a call to take responsibility for making the world better, not on a global scale, but by reaching out to the needy nearest us first. While we wait for governments to “fix” society, it continues its decline. The best of times are when individuals come together. We saw this as a nation in the weeks following 9/11. Jackson calls our normal state a “selfish kind of love” that needs to be replaced with personal change that makes a way to improve life for someone ELSE. It doesn’t take wealth or fame or influence to give of oneself.  The smallest things matter. I have given countless hats and scarves from my own head and neck to individuals who needed them more than I. It takes just a few seconds. I have sorted shoes for donations, served lunch in rescue missions, sung in nursing homes on Christmas day, and photographed memories for strangers who couldn’t afford a photographer for their events. I’m nothing special, but I did look in the mirror back in the 1980s and vowed to make a change that makes me see others in a different way.

To take this concept to the classroom would be such a easy thing: trash collection, scrubbing dirty and graffiti tagged walls, food drives or clothing drives to replenish the stores of the local rescue mission, and any number of other things that students can imagine. Let students brainstorm ideas. Give them ownership of the new vision and give them power to make it happen. Connect the service to poetry or song lyrics and biographies of people who have given of themselves (Mother Theresa, Martin Luther King Jr., and Eric Liddell come immediately to mind). This particular learning event can serve as a springboard to all sorts of positive changes, one student looking in the mirror at a time.

This site uses Akismet to reduce spam. Learn how your comment data is processed.

Unorthodox but Effective by Stephanie Loomis

This work is licensed under a Creative Commons Attribution-ShareAlike 4.0 International License.